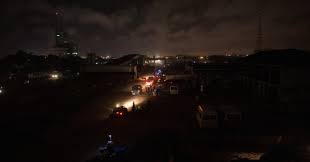 Liquidity challenges may spur the return of ‘Dumsor’, a term coined out of the erratic power supply Ghana experienced between 2014 and 2016, a report of the Finance Committee of the country’s Parliament has warned.

The report has however recommended for immediate measures to be put in place to “avert any potential power crisis”.

Key among the measures is the immediate activation of the Cash Waterfall Scheme which was designed purposely to address the liquidity challenges in the energy sector but has since not be in operation.

Another important measure is for the Finance Minister to conduct an audit to determine the level of indebtedness among Energy Sector State Owned Enterprises as well as the issuance of a new bond to finance the remaining legacy debts in the energy sector.

Ghana’s energy sector is inundated with growing indebtedness. The sector is currently battling with a debt portfolio of over US$4billion.

State Owned Enterprises in the energy sector like GRIDCo, ECG/PDS and NEDCo have for the past two and half years all posted a revenue loss of GH¢118million, GH¢2billion and GH¢163.7million respectively.

The growing debt portfolio in the energy sector is hugely attributed to the non-adherence to the Energy Sector Levies Act, 2015 (Act 899) as amended in 2017 (Act 946) by the Finance Minister, the Committee’s report has revealed.

In order to achieve its objectives, Act 899 imposed a number of levies namely the Energy Debt Recovery Levy (EDRL), Price Stabilization and Recovery Levy (PSRL), Road Fund Levy, Energy Fund Levy, Public Lighting Levy and National Electrification Scheme Levy on the prices of petrol, diesel, MGO, fuel oil, kerosene, LPG as well as electricity. The proceeds from the imposition of the levies are to be used to pay off the huge debt in the energy sector, among others.

On the other hand, Price Stabilization and Recovery Levy (PSRL) fell significantly below target by 65.5%. The Public Lighting Levy (PLL) and National Electrification and Scheme Levy (NESL) were also below target by 45.76% and 43.69% respectively.

The Chairman of the Finance Committee, Dr. Mark Assibey-Yeboah (MP), presenting the Committee’s report on Tuesday, July 2, 2019, told the plenary that the reduction recorded was mainly due to the reduction in electricity tariffs, change in consumer attitude towards energy conservation, gradual shift towards the consumption of renewable energy such as solar and the lower than estimated recovery of electricity bills.

The Committee, he noted, further observed that at the end of December 2018, a total amount of GH¢1,614.42 million was collected in respect of the EDSA, PGISsA, and PSRA. However, total lodgments into the accounts amount to GH¢1,600.47, leaving an outstanding balance of GH¢13.95million unlogged.

Additionally, an amount of GH¢1,576.32million as against a programmed amount of GH¢1,741.28 was collected for distribution into the Road Fund Account, the Energy Fund Account as well as transfers of Public Lighting Levies (PLL) and National Electrification Scheme Levy (NESL) to the Ministry of Energy, Electricity Distribution Companies (EDCs) and the National Energy Fund (NEF). Out of this amount, GH¢1,487.57million was lodged into the accounts.

The shortfall, according to Dr. Assibey-Yeboah was attributed to reduction in electricity tariffs, a shift toward renewable energy among other factors.

ESLA Accounts, according to the report, recorded a closing balance of GH¢615,417,858 at the end of 2018. During the period, a total amount of GH¢1,353.71million was transferred to ESLA PLC from ESLA Accounts. This amount, the report observed, excluded GH¢16.33million transferred in December, 2018 and received by ESLA in 2019.

The report further revealed that the Ministry of Energy in 2018 directed the National Petroleum Authority to suspend and subsequently withdraw the Price Stabilization and Recovery Levy (PSRL), resulting in a net loss of ESLA proceeds in excess of GH¢270million.

Even though an amount of GH¢5,453.20 million out of the total proceeds realized from ESLA Plc Bond was applied to redeem part of the legacy debt of the Energy Sector, substantial portions of the debt still remain on the books of the State Owned Enterprises which continue to accumulate new debts.

The Finance Ministry has attributed this to the non-operationalization of the Cash Waterfall Scheme which was designed to address the liquidity challenges in the energy sector.

A member of the Committee and MP for Yapei/Kusawgu, John Jinapor, commenting on the report said the liquidity challenges confronting the energy sector is dire despite ESLA accruing close to GH¢10billion cumulatively over the past three years (2016, GH¢3.256billion, 2017, GH¢3.155billion and 2018, GH¢3.190billion).

Speaking on the Road Fund, he said this was specifically instituted to accrue money for the Energy Commission to among other things; run the activities of the Commission; ensure that the country rolls out the solar rooftop project to enable it have 200 megawatts of energy taken off the system.

“As I speak to you, Mr. Speaker out of GH¢35million, the Energy Commission was given only GH¢13million. And so that flagship program which was captured in the 2016 budget, 2017 and 2018 budgets clearly remain defeated. The program has come to a standstill and nothing is being done about it”, he said.

He prayed to the Finance Minister to take a second look at that aspect of the provision and ensure that Energy Commission receives at least a chunk of the money meant for their operations.

Jinapor also complained bitterly about infractions committed by ECG, VRA and NEDCo as far as the Public Lighting Levy and the National Electrification Scheme Levy are concerned.

“Mr. Speaker, the law mandates that the public lighting levy and the national electrification scheme levy which is 3% and 5% ought to be paid into a dedicated account. out of that money, the Ministry of Energy is mandated to use that money to expand electricity. GH¢88million of that money was not paid. The utility companies keep appropriating that money to themselves and they do not pay that money. It is a clear violation of the act and I think that we have to take concrete steps for them to respect this provision. Because if the ministry had this money, it then means that it would have expanded electricity coverage. It is therefore not surprising that over the past two years, the rate of access to electricity under the Akufo-Addo-led government is 0.5% when previously we were doing between 4 and 5%. and so clearly, this is a major issue we cannot just allow to pass”, he noted.