OPEC considering a deeper cut to its oil production 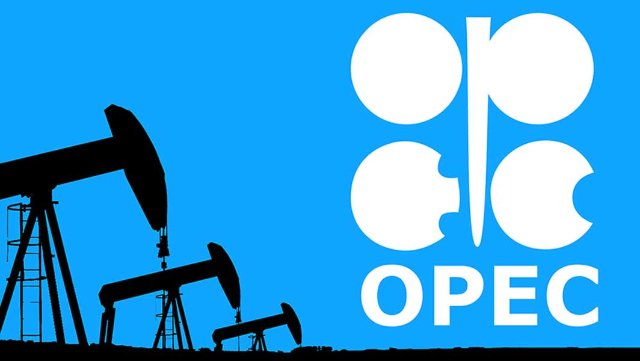 OPEC considering a deeper cut to its oil production

Global oil-producing group OPEC and its allies are meeting in Vienna, with expectations raised over whether the alliance will make further cuts to its output at the two-day gathering.

The 14 members of OPEC and a group of allied non-OPEC producers led by Russia (collectively known as OPEC+) are expected to at least keep production cuts at their current level of 1.2 million barrels per day (bpd) through to June 2020.

The current agreement is due to expire in March but there’s speculation that the group could opt to cut further — if Russia agrees. OPEC meets on Thursday and the group will be joined by its non-OPEC allies on Friday — with a final decision likely that afternoon.

Oil prices have rallied in recent trading sessions, boosted by intensifying speculation about the potential for deeper production cuts. However, Brent crude futures remain around 15% lower when compared to an April peak, with WTI down 12% over the same period.

On Thursday, a Reuters report, citing two unnamed sources from OPEC+, said the main scenario for discussions on Thursday would be whether to deepen oil cuts by more than 400,000 bpd.

“I think this actually is something which is very much a live option. We are actually hearing that this was not a proposal that the Iraqi’s made but that it was a proposal made by the Saudi government,” Croft said.

“And so, the fact that this is potentially coming from Saudi Arabia — the driver of the OPEC bus — I think means that we should give it a lot more credibility than if it is coming from a country that is very compliance-challenged like Iraq.”

On Monday, a separate Reuters report suggested Riyadh wanted to deliver a positive surprise to the market before the partial listing of state producer Saudi Aramco. It also indicated OPEC+ would seek to deepen cuts by at least 400,000 b/d to the current deal.

Iraqi Oil Minister Thamer Ghadhban has since publicly endorsed a 400,000 bpd production cut, telling CNBC on Wednesday that the current level of production cuts was “not really that effective.”

Ghadhban’s comments raised eyebrows among some external observers, with many quick to point out that OPEC’s second-largest oil producer was also one of its most chronic over-producers.

Iraq has consistently violated output cut agreements due to its complicated political situation and heavy reliance on hydrocarbon revenues for reconstruction after years of war.

What’s the context?
The OPEC+ group (amounting to 24 countries) has cut its collective production since January 2017 in a bid to counter increasing global oil supply from the likes of U.S. shale oil producers and lackluster demand.

OPEC+ was prompted to act after global oil prices tumbled in mid-2014 due to an oversupply but U.S. shale producers are not a part of the deal and shale oil supply has grown exponentially.

The U.S. is now the world’s largest oil producer hitting 12.3 million bpd in 2019, according to the U.S. Energy Information Administration, up from 11 million bpd in 2018. It produces more oil than Saudi Arabia and Russia now, although there are signs that production growth is slowing in the States.

Along with rampant shale supply, faltering demand due to a global economic slowdown, exacerbated by the Sino-U.S. trade war, has once again threatened to unbalance oil supply and demand dynamics.