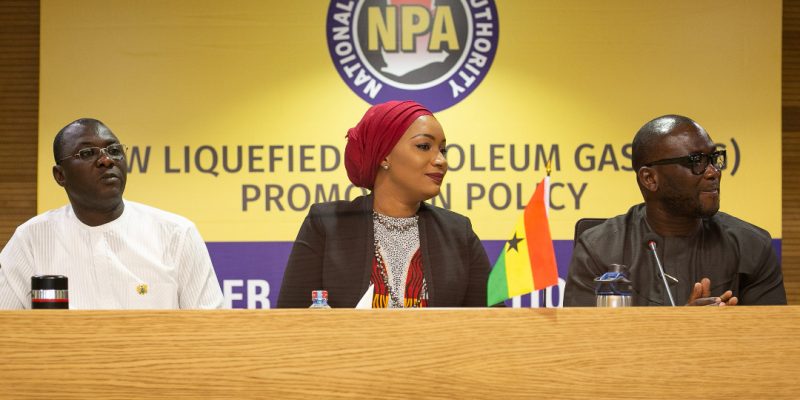 The Chief Executive Officer of the National Petroleum Authority, Hassan Tampuli has vowed to deal mercilessly with local companies found fronting for foreign companies in the Cylinder Recirculation Model (CRM) for the distribution of Liquefied Petroleum Gas (LPG).

He said the Cylinder Recirculation Module is the sole reserve of indigenous companies.

Mr. Tampuli noted that the local equity participation in the downstream petroleum sector has been increased from the initial 51percent to 100percent by Cabinet.

According to him, this allows local investors the fair opportunity to fully participate and compete in the LPG distribution to improve the local economy.

He said this at a regional stakeholder engagement in Accra aimed at educating the public on the implementation of the cylinder recirculation model for the distribution of Liquefied Petroleum Gas (LPG).

Mr. Tampuli posited that the CRM which is the implementation model for the National LPG Policy, is aimed at providing direction for marketing and distribution of LPG in a safe and efficient manner.

He added that the model which also seeks to facilitate an increase in access to LPG nationwide will ensure that at least 50percent of Ghanaians have access to safe, clean and environmentally friendly LPG for domestic, commercial and industrial usage by 2030.

According to him, the CRM will create over 4,500 direct jobs under the actors of the new value chain and door to door delivery service.

In addition to the above jobs created, Mr. Tampuli stressed that the Authority will recruit over 200 Safety Auditors throughout the country as well as recruit additional resource for its newly established Health Safety Security and Environment department.

“There will also be a number of indirect jobs created for installations, maintenance, fabrication and other services. New investment opportunities such as bottling companies, bottle transportation, manufacturing of cylinders and cylinder re-distributors would also be available for grab,” the NPA boss emphasised.