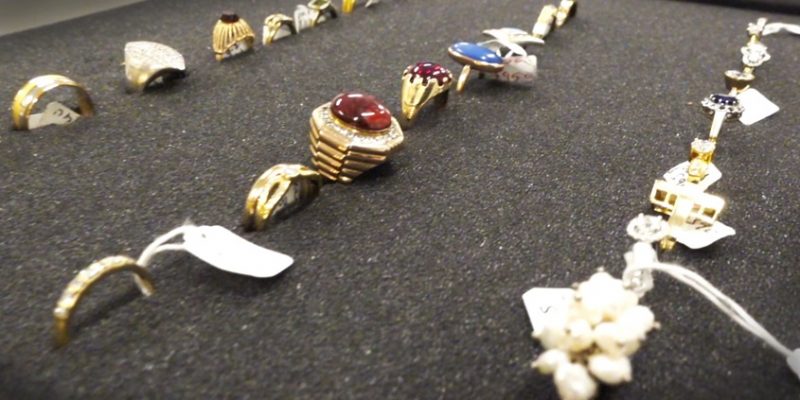 Nigeria expects to retain international auction houses to have US$40 million worth of jewelry, which was seized from a former oil minister accused of corruption, sold.

The Economic and Financial Crime Commission (EFCC) of Nigeria has secured an asset forfeiture order from a top federal court in the country to sell the jewelry seized from Nigeria’s oil minister in the period 2011-2015, Diezani Alison-Madueke, The East African reports.

Earlier this year, a Nigerian court ordered the seizure of $40 million luxury items, mainly jewelry and a customized gold iPhone belonging to Alison-Madueke.

In addition to the customized iPhone, the items seized included—but was not limited to—419 bangles, 315 rings, and 189 wristwatches, according to Sahara Reporters.

Auction houses will also be asked to sell luxury homes in Nigeria, the U.S. and the UK, according to The East African.

Alison-Madueke served as petroleum minister under then Nigerian president Goodluck Jonathan, until he was defeated in the elections by current president Muhammadu Buhari in 2015.

Alison-Madueke was also the first female president of OPEC.

She was arrested in 2015 in London as part of a two-year-long investigation by the UK National Crime Agency (NCA) into global corruption, bribery, and money laundering. Alison-Madueke was released on bail after being questioned. She has been on bail ever since, according to AFP, and is believed to be in hiding in London, because Nigeria wants her extradition to face trial on fraud and corruption charges in her home country.

Police and investigators suspect that Alison-Madueke was involved in siphoning off billions of U.S. dollars from Nigerian oil deals and state accounts when she was overseeing Nigeria’s oil industry, for personal benefits, including for buying luxury homes in London and in Nigeria’s capital Abuja.

“The ex-minister will eventually be repatriated to face the charges,” EFCC’s acting chairman Ibrahim Magu said on Thursday.