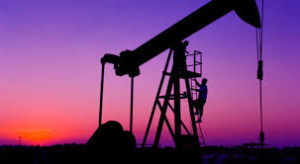 U.S. Energy Secretary Rick Perry believes that Saudi Arabia and Russia will be able to boost their oil production to stabilize the oil market and compensate for losses of Iranian oil supply.

“We look at this as an opportunity for the OPEC members to fill this gap, if you will,” he said, as carried by Reuters.

Earlier this week, analysts expected that Secretary Perry might ask his Russian counterpart Alexander Novak for more oil to compensate for lost supply from the Iranian sanctions when they meet this week at the World Gas Conference in Washington.

Meanwhile, Saudi Arabia is said to be preparing to pump its highest-ever volumes of oil this month and next—around 11 million bpd of oil in July, and 10.8 million bpd in June.

The United States is pushing to cut as much Iranian oil off the market as possible, while Saudi Arabia and Russia were the masterminds of OPEC’s agreement last week, which was vague on the production boost and just said that the cartel and allies would aim for a 100-percent compliance rate instead of record-breaking more-than-100-percent compliance.

According to Saudi Arabia, this means that there would be reallocation in quotas.

Related: Tehran: Taking Iran’s Oil Out Of The Market Is ‘Impossible’

“Some of the countries … are not going to be able to produce, so the others will. And that implies there will be indirectly a reallocation,” Saudi Energy Minister Khalid al-Falih said on Saturday.

In the past two months, U.S. President Donald Trump criticized OPEC twice for manipulating oil prices, calling the cartel out for oil prices that are ‘too high’.