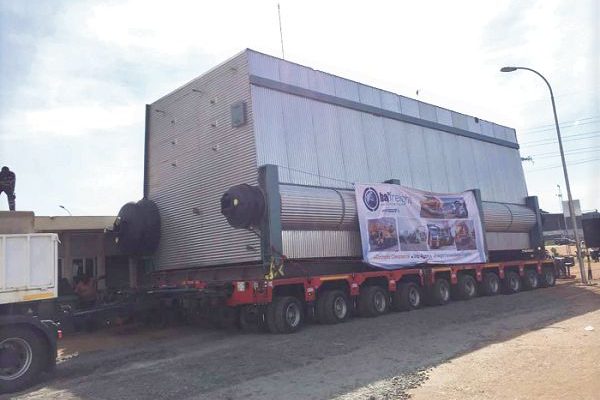 The Tema Oil Refinery (TOR) has acquired a 120-tonne-per-hour boiler to assist in the production of steam for onward conversion into electricity for the operations of the refinery.

That will help the company to wean itself off the national grid and make it self-sufficient in energy supply.

Currently, TOR consumes 7.5MW of power at peak periods but produces 5.5 from its steam boilers.

The refinery took delivery of the boiler it has christened Boiler Eight, on October 27, and it is now being assembled for installation.

The Utilities Manager at TOR, Alhaji Amin Abubakar, told the GRAPHIC BUSINESS on October 30 that the acquisition of the boiler was part of plans to revive the refinery’s activities and restore capacity to 45,000 barrels per stream day (bpsd).

He said the successful deployment of the boiler would help increase power generated by the refinery from the current 5.5 megawatts (MW) to 12MW.

Alhaji Abubakar explained that the steam generated from the extra boiler would be enough to commission a 6.5MW generator that had already been installed.

Two weeks ago, TOR took delivery of 947,000 barrels of crude oil to be used to revive its refinery operations, which had been intermittent, mainly due to lack of a credible crude oil supply deal.

The Public Affairs Manager for TOR, Dr Kingsley Antwi-Boasiako, explained in an interview that the acquisition of the boiler was part of efforts to improve efficiency and reliability of the processing.

He said with plans to revive refinery activities and restore capacity to 45,000 bpsd by first quarter next year, management had decided to put in place appropriate measures to help ensure efficiency.

One of them, he said, was to wean the refinery off the national grid, which was costly yet unreliable.

He described the acquisition of the boiler as “a major boost to the efficiency and reliability of the processing plants.

“Although we are keeping our expectations moderate, we hope that instances where TOR has to shut down as a result of unavailability of power will now reduce to the barest minimum,” Dr Antwi-Boasiako stated.

With the government aiming to make Ghana a petroleum hub in the West African sub-region, ??reviing?? TOR sustainably is critical.

It is will serve as a strong catalyst for the realisation of the agenda while cutting down the country’s dependence on imported petroleum products.

Last year, some 3.46 million tonnes of petroleum products were imported at a cost US$2 billion.