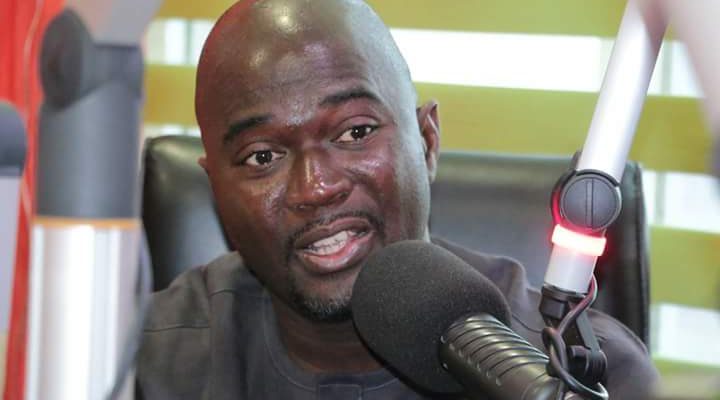 The Chamber of Petroleum Consumers (COPEC) has called on the government to take immediate steps to hedge the purchase of crude oil from the international market.

It says it will enable the country avoid paying more for the product in the coming days.

Oil hedging is used to reduce or eliminate a company or country’s exposure to fluctuating oil prices.

It is a contractual tool allowing a company or country to fix or cap an oil price at a certain level or period of time.

The advice follows heightened tensions between the United States of America (USA) and Iran in the gulf region, a phenomenon which is already beginning to impact the prices of crude oil on the international market.

In an interview with the Daily Graphic in Accra yesterday, the Executive Secretary of the chamber, Mr Duncan Amoah, said the signs on the wall clearly pointed to a situation where the prices of the black gold would be increased and, therefore, there was the need for the government to be proactive in ensuring that the situation did not affect consumers in the country.

“The government should be able to hedge the prices on oil imports for at least the next six months.

“It should be engaging the crude oil importers now on the issue because paying more for the commodity could worsen the economic conditions of the people,” he said.

Processing local crude
Making other suggestions as to how the government could control the prices of the commodity locally to save Ghanaians from paying extra when global market prices of crude oil escalated, Mr Amoah said the time had come for the local refinery, Tema Oil Refinery (TOR), to be retooled and equipped “so that whatever we produce here as an oil-producing nation, a certain percentage can go to the local refinery to be processed for the local market”.

That, he explained, was to ensure that the international market dynamics did not “affect us negatively as we are seeing now”.

“There is a good reason for having Bulk Oil Storage and Transportation (BOST) and TOR, and if we go back to the drawing board, we can leverage their full benefit as a country,” he argued.

He opines that around these times when Ghanaian workers are not seeing a corresponding increase in their income and fuel prices are galloping upwards, “one will expect a quantitative easing on the part of the government to ensure that at least some of the taxes the government can do away with in the interim are done away with”.

Mr Amoah did not lose sight of the fact that the government generated a lot of revenue from taxes.

However, he said, “When international market prices of crude oil are going up or are soaring, there is always a corresponding increase in government revenue because we are an oil-exporting nation.”

As a result, whatever windfall the government makes on the oil exports in good times, one would expect some easing as far as the taxes collected from taxi and trotro drivers are concerned to balance off.

He further noted that such a move would ensure that the economy was not taken off balance or thrown out of gear.

Asked why the government had not heeded the position of the chamber in that regard, Mr Amoah said governments normally only considered what they were generating from taxes and not what the impact really was on the people.

He argued that the more the petroleum prices went up, there was a rippling effect on the economy and the government’s revenue would shrink because the general economic activities would be slow.

Tensions in Gulf region
Mr Amoah said the tensions in the Gulf were quite fluid and the earlier the government took pragmatic steps to prevent an escalation of prices on the people, the better.

“We cannot tell when Iran will strike again. Let’s remember that 20 per cent of the world’s oil supplies go through the Strait of Hormuz and, therefore, any instability in that area will see prices of crude oil escalating,” he said.

The Strait of Hormuz is a strait between the Persian Gulf and the Gulf of Oman.

It provides the only sea passage from the Persian Gulf to the open ocean and is one of the world’s most strategically important choke points.

Mr Amoah reiterated the need for the government to reconsider the option of hedging now to make the prices of petroleum products predictable.

“People can plan their lives if there is certainty about the prices oil petroleum products and that is what we need now,” he said.

Latest on the tensions
Iran fired more than a dozen missiles at two Iraqi military bases hosting US troops yesterday.

The missiles targeted the Ain al-Assad airbase in Anbar province and a facility near Erbil’s airport in northern Iraq early on Wednesday morning; they were fired in retaliation for the killing of top Iranian Commander Qassem Soleimani by the United States, according to Iran.

The pullback from the initial rally reflects easing fears about the risk of a spiralling tit-for-tat conflict between the United States and Iran. Investors are heaving a sigh of relief that Iran’s attack did not do more damage and has so far not drawn a response from President Donald Trump.

“The extent of the retaliatory attacks looks to have been limited,” JBC Energy wrote in a note to clients on yesterday.

“The market will be watching keenly today for hints as to whether or not President Trump will step into a further cycle of escalation,” it added.

There is a growing sense that Iran’s attack was not as bad as initially feared. No casualties have been reported. Some in the Trump administration think Iran intentionally missed areas with Americans.