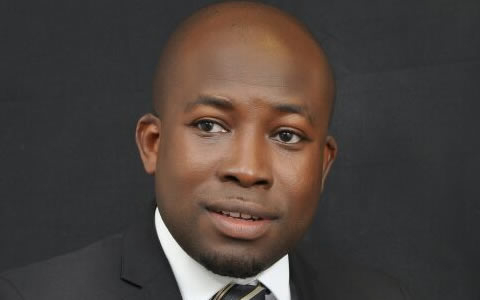 The Chief Executive officer (CEO) of the Ghana Chamber of Bulk Oil Distributors (CBOD), Senyo Hosi, has said that the decision by the government to allow the private sector to determine the prices of petroleum products  will not automatically reduce the prices of those products .

Mr. Hosi believes prices of petroleum products will keep rising until government removes some of the taxes and ensures that the exchange rate is reduced.

The CBOD chief made these comments, when his outfit  organized a day’s training workshop in Accra on petroleum downstream sector for journalists to “demystify” the wrongly held opinion that, the sector is a very complicated area.

According to Mr. Hosi, though the decision by the government to implement the deregulation of prices of petroleum products is commendable, Ghanaians need to accept the on-going plan, while politicians change from the “general talk of prices and taxes. Petroleum politics, we should all work to kill it.”

In his view, the deregulation policy, if followed will ensure constant supply of products, help government not to keep compounding debt, which reduces the confidence of the various banks who lend credits to these companies for constant supply of the product.

Historically, various attempts by successive government to subsidize fuel products to cushion the poor, has not  achieved  much result.

Mr. Horsi,believes the best way to help these targeted groups, is for government to put in place some pro-poor interventions that will go directly to benefit underprivileged members of the Ghanaian society.

He mentioned one of them as the mass transportation system, which could be enhanced to alleviate the plight of Ghanaians.

In four years, government according to Mr. Hosi, owes the BDCs over GHC 3.4 billion, accruing from under recoveries as of June 18, 2015.

The decision at the time, paved way for the sector to allow greater participation of the private Oil Marketing Companies (OMCs), the BDCs, are licensed to import refined products or offtake from local refineries to wholesale to OMCs.

There are a total of 28 of them in the country as of now.

He believes that fixing the macro-economic situation, would be a more permanent solution since theexchange rate is an important part of the pricing formula.

On Tema Oil Refinery (TOR) not being able to function properly, Mr. Hosi, debunked the perception that it was his outfit together with some politicians that are responsible.

He distanced the BDCs from the status of TOR, and added that if he was president,”I wouldn’t keep it as it is now.”

There is a disease about government and running businesses,” he said.

On fears that the BDCs may form a cartel to short change Ghanaians in the wake of the price deregulation, Mr. Hosi said, nothing of the sort will happen.

“I don’t think I have any defense to it, early if it is a matter of people wanting to know if it’s possible or not. I don’t see cartelization happening at the BDCs level. I think that we are too competitive to cartelize under the current regulator-pricing regime.

“We are already cutting each other with discounts and credits to oil marketing companies. It just happened that it is not happening at the pump, because the BDCs don’t run the pump,” he said.