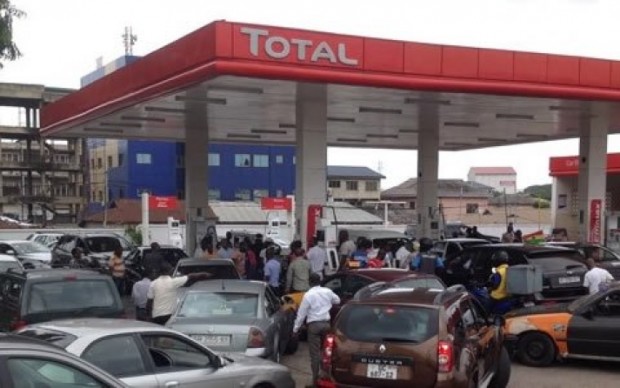 A number of oil marketing companies (OMCs) have further reduced the prices of petroleum products they retail to the public, despite an upward projection by the Ghana Chamber of Bulk Oil Distributors (CBOD).

While some of them, especially the leading ones, including Total and Goil, had reduced their prices as of last Saturday, majority of the OMCs cut down their prices yesterday.

When the Daily Graphic visited some fuel stations in Accra yesterday, the new prices had been boldly displayed on the various boards at the fuel stations.

However, the reduction in the petroleum product prices differed from station to station.

Crude oil prices on the world market has been dropping from the region of $62 a barrel in the middle of June to around $46 a barrel as of yesterday.

Coupled with the recent strengthening in the value of the cedi, OMCs have made some savings which they could now pass on to the consuming public.

At the Legon branch of Shell fuel station, the price of petrol had been reduced from GH¢3.34 to GH¢3.33 per litre, while diesel was selling at GH¢2.93, from the previous GH¢2.99 per litre.

Another fuel station at Legon, Oando, was selling petrol at GH¢3.30 and diesel at GH¢2.97.

Also, Union fuel station at Darkuman was selling petrol at GH¢3.40, which was formerly GH¢3.42 while diesel was selling at GH¢2.99, which was GH¢3.03 previously.

Some of the managers of the fuel station, who spoke to the Daily Graphic, said the move was aimed at maintaining their customers since other companies had dropped their prices.

According to them, the reduction in the prices of petroleum would not affect their operations but rather enable them to gain more clients.

The supervisor at the 37 branch of GOIL station, Mr Philip Assan, said when fuel prices were increased, GOIL maintained its old prices until there was further increase in prices of petroleum products.