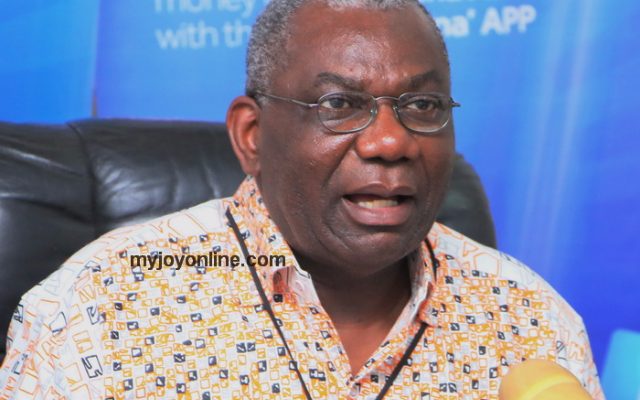 The Offshore Technology Conference(OTC), one of the biggest oil and gas events in Houston, Texas, USA, started on April 30 and ended on May 3, 2018.

Ghana, a regular participant, did not miss out in this year’s event and its delegation was led by the country’s affable and thought-provoking Energy Minister, Boakye Agyarko.

And for the first time in the history of OTC, since its inception in 1969, Ghana secured a pavilion to market its nascent oil and gas industry. The Ghanaian delegation met the creme de la crème in the oil and gas industry, and the Energy Minister, Boakye Agyarko, in his presentation, wooed the investing community at the conference to Ghana, especially in the area of establishing new refineries.

The Energy Minister told the gathering that the government of Ghana is prepared to convert TOR into a tank farm for storage of petroleum products for internal use and for export.

Isaac Osei, Managing Director (MD) of TOR, who was at the event, was not enthused about the Minister’s comment and quickly responded by opposing that idea, which was widely carried by the press.

His reason was that management of TOR, under his leadership, had spent huge sums of money to rehabilitate the facility and, therefore, it is in better condition than it was bequeathed to him by the previous administration, hence it would be improper to convert the refinery into a tank farm.

“We have spent money rehabilitating the plant. We have had three missing cycles of maintenance. As a result, since 2009, there has not been any shutdown maintenance at TOR. But now we have been able to do this. We can’t scrap TOR. The work that we have done so far is exemplary,” Isaac Osei argued.

“Additional refineries are welcome and I think the government is right to ensure that we have new refineries in the country probably in the export processing zone. But at the same time, we must not lose sight of the fact that we have trained, experienced and competent technicians who are working in the present day TOR. TOR is a national asset and I don’t think converting it into tank farm is the way forward.

“As far as I’m concerned, the new refinery we are planning to build is part of our strategic plan. But it’s also part of our plan to ensure that the existing refinery works. And I have no doubt in my mind that with the kind of engineers and technicians we have at TOR, the facility is now in a better place than it was before, to work. And not only will it work, it will work more efficiently and effectively and give meaning to the government’s programme of ensuring that the industrial sector works,” he added.

The former Member of Parliament for Subin Constituency in the Ashanti Region sounded a warning that he would not preside over the scrapping of TOR, which had been in existence since the 1960s.

“I didn’t come to TOR to preside over its demise. I have not come here to run this company in order that we end up scrapping it,” he said.

From the way Isaac Osei spoke, it appeared to me that he was not privy to any arrangements by the Ministry of Energy to convert the refinery into tank farm in the future. So the question is, why would the Ministry keep the MD in the dark over such a proposed policy direction? Will it be an ideal thing to keep the MD and the staff out of the intended conversion of TOR? Just as it appears the MD of TOR is not aware of the intended conversion, so it is with the workers?

Workers of TOR, who are part of the Tema District Council of Labour(TDCL), are now seething with anger and wondering how a national asset such as TOR, would be turned into a mere tank farm.

In an interview on Oman FM on Monday, May 7, 2018, Secretary of Tema District Council of Labour (TDCL) Addo Kumi, conveyed the displeasure of the group to the whole world, saying that they are prepared to hit the streets to protest the government’s decision.

“That agenda should be discarded immediately because we won’t accept it. In TOR, we generate our own income and pay salaries and carry out our development projects without government’s intervention, so why?” he said.

Before putting together this piece, I took time to do a research about some refineries in countries like Saudi Arabia, Libya, Egypt, Kenya and Angola, which have more than one refinery.

So if the argument to convert TOR into tank farm is based on the fact that the refinery is old, then it is important to examine the maintenance work being done by the current management to see if it is now in the position to produce 45,000bpd capacity or above. I remember there were attempts by the previous administration to increase the refinery’s production capacity from 45,000bpd to 60,000bpd.

It is, therefore, my humble opinion that the Ministry exercises prudence so that any decision to convert the refinery to whatever won’t result in waste of state resources.